Designer Diseases and the CDC

This is one of the most outrageous vaccination stories I’ve ever come across. The CDC posted on its own website (which was taken down shortly after this post went viral that as many as 30 million Americans could be at risk for developing cancer due to polio vaccine tainted with Simian Virus 40 (SV40) found in some species of monkey. Click here for an internet archived copy

This story is not new – many of of us who thoroughly researched the vaccination issue before choosing whether or not to immunize were already aware of this fact years ago.  I became aware of the tainted polio vaccines from 1955-1963 in the late 1990’s and it was one of the primary motivators for me to choose a “no shots, no way” approach for my children. What is new is that the CDC is finally admitting it. What took you so long CDC? Many of the folks vaccinated with the tainted polio stock are already dead from cancer with many more getting diagnosed each and every day!
Here’s the exact language from the CDC Fact Sheet.  I am reprinting it here in it’s entirety in case the CDC decides to take it down.

UPDATE: The CDC did in fact take down the page on SV40 shortly after this post went viral, so the link now goes to an archived copy.
SV40 is a virus found in some species of monkey.  SV40 was discovered in 1960. Soon afterward, the virus was found in polio vaccine.  More than 98 million Americans received one or more doses of polio vaccine from 1955 to 1963 when a proportion of vaccine was contaminated with SV40; it has been estimated that 10—30 million Americans could have received an SV40 contaminated dose of vaccine.  SV40 virus has been found in certain types of cancer in humans, but it has not been determined that SV40 causes these cancers.  The majority of scientific evidence suggests that SV40-contaminated vaccine did not cause cancer; however, some research results are  conflicting and more studies are needed.
Polio vaccines being used today do not contain SV40. All of the current evidence indicates that polio vaccines have been free of SV40 since 1963. Editor’s note: This claim by the CDC is false.  SV40-contaminated oral polio vaccines were produced from early 1960s to about 1978 and were used throughout the world.

In the 1950s, rhesus monkey kidney cells, which contain SV40 if the animal is infected, were used in preparing polio vaccines. Because SV40 was not discovered until 1960, no one was aware in the 1950s that polio vaccine could be contaminated.
SV40 was found in the injected form of the polio vaccine (IPV), not the kind given by mouth (OPV).  (Editor’s note: this claim by the CDC is patently false. SV40 was found in oral polio vaccines after 1961. A study determined that the procedure used by the manufacturer to inactivate SV40 in oral polio-virus vaccine seed stocks based on heat inactivation in the presence of MgCl2 did not completely inactivate SV40.).

30 million seems like a very lowball number of the true extent of the problem!
With baby boomers suffering from cancer, by some estimates, at the mind boggling rate of 1 in every 3 individuals (up from 1 in 8,000 only a few decades prior and the highest rate of any age group), it would seem that something is terribly amiss, don’t you think?   The government has a penchant for doling out bad news a little at a time to minimize public outrage. Even if the CDC does finally admit that  SV40 is a cause for this enormous explosion in cancer of boomers in their late 40’s, 50’s and 60’s, can these folks or their grieving families do anything about it?

Nope. Can’t sue anyone my friends. Big Pharma is immune from prosecution from any injuries or deaths caused by their mad scientist vaccination creations. This all thanks to the National Childhood Vaccine Injury Act of 1986.

One parting thought. The CDC insists that current polio vaccines no longer contain SV40. Should this give us some level of comfort?
Not for me it doesn’t! Just because SV40 is not in the polio vaccine stock today doesn’t mean that there aren’t other viruses lurking that science doesn’t even know about yet.  Remember that SV40 was in the polio vaccine for several years before it was even discovered! Even if there were other viruses in the polio or any other vaccine, would the CDC admit it? Probably not – at least for 50 years or so after the affected population was already sick, incapacitated or dead.  I’ll take my chances with a strong immune system maintained with Traditional Diet and the fact that epidemics were already on their way out  before vaccines were introduced anyway (see chart above – other communicable diseases follow the same graphical pattern regardless of  whether there was a vaccine for them or not. Click here http://www.dissolvingillusions.com/graphs/ for more graphs to help you get your  head out of the sand). Getting horses out of the streets, improved sanitation, clean running water in the home, availability of produce year round and other improvements of modern technology and food distribution provide more protection from widespread epidemics than tainted vaccines, thank you very much.

IMPORTANT UPDATE:  The CDC took down its page on SV40 shortly after this post went viral. Fortunately, an internet archive site has the information for you to see in full. Click here for the archived copy.  The images are also provided below. Some oral poliovirus vaccines were contaminated with infectious SV40 after 1961.

CDC Admits as Many as 30 Million Americans Could be at Risk for Cancer Due to Polio Vaccine. 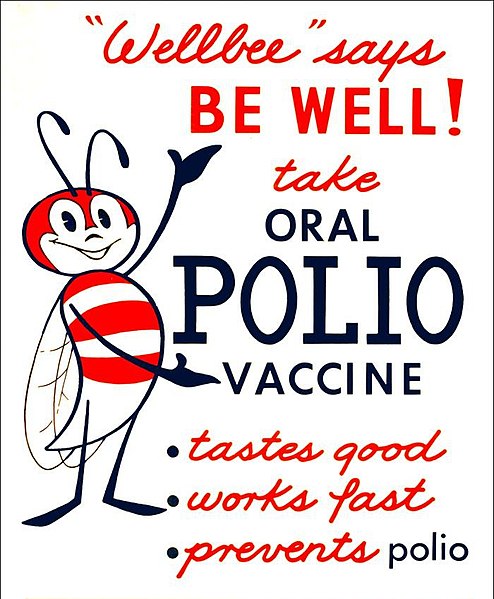 They want us to accept this program. Unfortunately for the people of the world everything is going according to the New World Order Plan. But what is this New World Order Plan? In a nutshell the Plan is this. The Dark Agenda of the secret planners of the New World Order is to reduce the world’s population to a “sustainable” level “in perpetual balance with nature” by a ruthless Population Control Agenda via Population and Reproduction Control. A Mass Culling of the People via Planned Parenthood, toxic adulteration of water and food supplies, release of weaponised man-made viruses, man-made pandemics, mass vaccination campaigns and a planned Third World War. Then, the Dark Agenda will impose upon the drastically reduced world population a global feudal-fascist state with a World Government, World Religion, World Army, World Central Bank, World Currency and a micro-chipped population. In short, to kill 90% of the world’s population and to control all aspects of the human condition and thus rule everyone, everywhere from the cradle to the grave.

WAKE THE FUCK UP PEOPLE Research everything while we still can

The Truth Behind The Vaccine Cover Up